«The C.I.A. in 2004 hired outside contractors from the private security contractor Blackwater […] to locate and assassinate top operatives of Al Qaeda, […]»

«[…] Blackwater has followed […] as “spray and pray”—use heavy firepower in an urban setting and pray that some of it actually hits the enemy. […]»

Well, first I stumbled upon this by reading my bird wires William Gibson … and second while following the footprints …

«Now, Cheney sends out his Blackwater assassins from his mobile office in a Maryland Starbuck’s (decaf)»

… I thought the future I read about and played 20 years ago is right here:

«A mercenary, his employers vast corporations warring covertly for the control of entire economies.»

… and where that can leads to— imagination assumed — Ravenwood, a private security company in the TV show Jericho 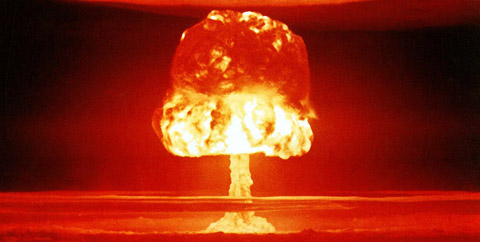 This entry was posted in nightly. Bookmark the permalink.